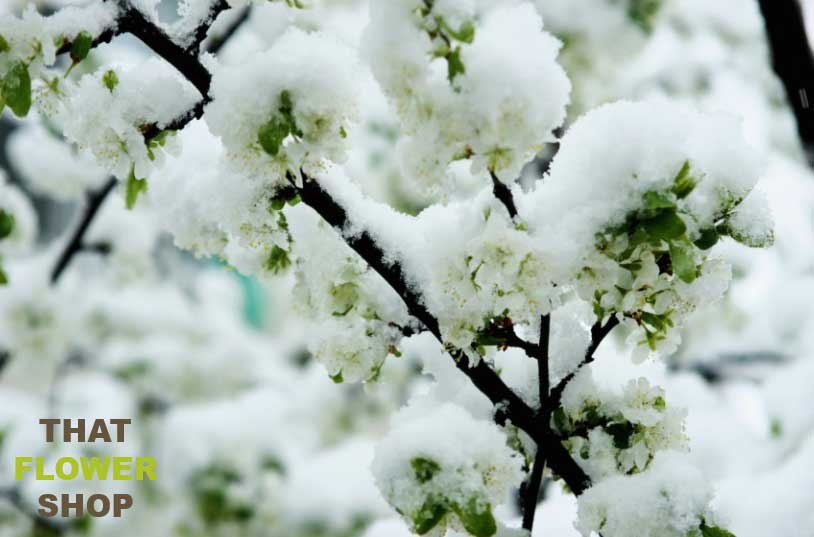 It may be April, however, for some areas around the country, the ever-changing temperature is making people tired. One moment individuals are wearing shorts having some good times in the sun, and the following, they’re wrapped up in their best winter clothes. One of the greatest worries of gardeners is the risk of frosts and freezing weathers that can wreak havoc or kill plants. This article contains all that you have to know to protect delicate plants from harsh cold temperatures.

Definition of a Freeze?

A freeze happens when the temperature is below water’s freezing point (0° C or 32° F). When the fluid inside a plant freezes, it can make the plant cells to expand and burst, bringing about unsalvageable damage. Various types of plants respond in different ways to extremely cold temperatures:

Frost takes place on still and clear nights. Once the temperature of the air approaches freezing point, the temperature of the plants’ surface also falls below freezing, which leads to the formation of ice crystals in a similar way that dew develops on warm nights. Since temperatures differ only a couple of feet over the ground, frost can develop when your thermometer indicates above freeze. Freezing temperature is not always followed by frost.

There are different kinds of frost:

Impacts of Freezing Temperatures on Plants

For everything except the delicate plants, it does not make a difference whether the weather caused a freeze or a frost. The key part is the degree and the length of coldness. As the temperature approaches freezing, a couple of degrees can have a major impact. In an effort to advice florists and gardeners, so they can implement necessary safety measures for their garden, various terms are utilized to portray the seriousness of a freeze. Here are some of the different terms that are commonly used:

Can I Shield Delicate Plants from Damage by Freeze or Frost?

Yes, you can. Once there is a freeze prediction in your area, you need to find a way to protect fragile plants like tropical, houseplants, citrus trees,  delicate bulbs (elephant ear and dahlia), trees and shrubs that bloom in spring(azalea, rhododendron, and cherry), warm-season vegetables (pepper, corn, and tomato), and summer annuals (impatiens, petunia, and geranium). Here are steps that you can take when the freezing temperature is about to hit:

To conclude, after taking all these safety measures, don’t forget to check for injured plants. Hardy shrubs, trees, and perennials that are visibly damaged may recuperate from a freeze. Though, their foliage and flowers might be lost for the year. Once they start growing normally, you will have to remove damaged branches and stems that didn’t recover. Since, frost-tender plants are less likely to survive a frost, only plant them when you are sure that the harsh freezing weather is gone.